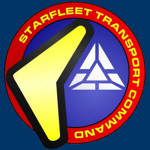 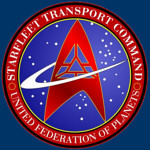 Originally commissioned in 2306, the Deneva-class freighter has become a common sight on the colonial trades routes of the Federation and is known as one of the most reliable medium-sized freighters ever to have come out of the Federation's two Starship Design Bureaus.

As with the majority of support ships employed by Starfleet, the Deneva was a joint venture between Starfleet's Advanced Starship Design Bureau (ASDB) and the civilian Federal Starship Design Bureau, (FSDB). Despite its name the FSDB is more often associated with the development of sub-light ore haulers, atmospheric hoppers and gravity field shuttles rather than the more prestigious starships. Despite this reputation, the FSDB is responsible for designing some of the Federation's most robust and technologically sophisticated vessels ever to ply the trade routes.

At the twilight of the 23rd Century, the Federation faced a turning point in its history. With the decades' long dispute with the Klingon Empire finally coming to a peaceful resolution and encounters with the old Romulan enemy becoming increasingly sporadic. The new century would herald a new era of peace, expansion and colonisation.

As they moved further and further into the recently surveyed depths of the Alpha Quadrant, a new wave of colonists found themselves increasingly isolated and the Federation's supply and logistics agencies became overwhelmed and struggled to keep up with the burgeoning pace of colonial expansion. This was due in part to the neglected status of the freighter fleet, which at that time consisted mainly of antiquated Merchantmen, or old robotic drones. Some of the fleet, such as the T- and Y-class haulers, dated as far back as the 2130's and had originally served in the Earth Cargo Service. The newest members of the support fleet had been commissioned back during the mid 2230's, most of which were the venerable Ptolemy and Keppler-class tugs. Although by the 2390's most had been in service for nearly 60 years and were being scheduled for retirement.

It was in 2294, just a year after the First Khitomer Conference had so radically changed the Federation's political and economical landscape. The Federation Colonial Administration Organisation (FCAO) charged the ASDB and FSDB with the development of a small to medium range cargo carrier that could make rapid cargo runs between a logistical centre and a sector-wide area of settlements and outposts. The design was to be robust and adaptable to a number of support service mission types; it was to have planetary landing capability, and a cargo shuttle facility sufficiently large for it to handle up to three Class-2 personnel shuttles or a single Class-3 cargo shuttle.

After a twelve-year lead-in period and appropriately on the 40th anniversary of the terrible tragedy that made it's namesake famous, the prototype U.S.S. Deneva NX-6200 launched in 2306. Among those attending the commissioning ceremony was the guest of honour, Starfleet Captain Peter Kirk (retired).

The Deneva-class freighter is 100.4 meters in length, has a beam of 52.8m and is 18 meters in draught (20.1m when the landing gear is down). Standard armament is a single turret-mounted Type-V phaser array on the ventral command section and two Type-IVs on the stern.

Normal cruising speed is Warp Factor (Wf) 7.62 but the Deneva can achieve a maximum of Wf8.77 for a period of up to 22 hours. Given ideal conditions, a theoretical emergency speed of Wf9.01 is possible for up to three hours; in reality no starship has achieved this speed in the field, but such high speeds are predicted to incur severe damage to the warp coils and associated plasma systems.

The increased efficiency and high-warp performance this represents over other starships of the day was due to the presence of four warp nacelles rather than the more common two. As with the Constellation-class, the practice of alternating pairs was used on long journeys, while the use of both at once allowed speeds greater than Wf 7.62. Both techniques reduced stress on the warp coils or compensated for unusually heavy cargo loads. On the pathfinder this was achieved by installing four of the one-quarter scale prototype nacelles that were being developed for the new Bristol-class tug. This arrangement proved successful in trials and - with some minor modifications - the nacelle was adapted for use with the Deneva's space frame. This new design was adopted mainly for its off-axis field shift generators, which on the Bristol would allow the nacelles' positions to be altered. This would mean the tug could also take on extra cargo trains without diminishing or unbalancing the subspace field.

The front of the ship is dedicated to command, control and crew support. The bridge is located at the front of B-Deck. Crew quarters, common areas, and two midships docking ports are on C-Deck and deflector control is housed on D-Deck along with the Deneva's modest armoury.

Behind the command section is engineering, which supports the ship's M/AM reactor, primary deuterium tanks, gravity generator, antimatter containment bottles, the 2nd-Generation Isotronic computer core, and a number of large equipment lockers and engineering workshops. These compartments can be converted into extra crew quarters if a larger than normal crew complement needs to be carried (such as in an evacuation scenario.)

Aft of engineering is the cargo support section. To aid rapid loading and unloading of cargo and equipment the Deneva class has a large permanently open shuttlebay. This concept is modelled in part on the earlier Excelsior-class starship's expansive facility and is particularly useful in situations where transporters are impractical or undesirable. Naturally this facility is equipped with a set of very reliable force field generators that maintain atmospheric integrity while allowing shuttles and cargo to enter and exit freely. In the unlikely event of force field system failure the bay is equipped with two rapid deployment pressure doors, which are ordinarily retracted above the hanger deck. Below the shuttlebay is the main cargo staging area. This space connects the central and aft cargo sections which with the addition of two standard cargo transporters greatly simplifies cargo-handling aboard-ship.

At the very bottom of the cargo support section is the ventral load lift and storage bays. These facilities are primarily used on colony runs for delivering (and storing) small tracked or anti-gravity (A/G) hover vehicles such as hoppers, skimmers, crawlers and workpods.

The entire cargo section is connected by a standard cargo lift that starts in the ventral loading bays on D-Deck and continues up to the main shuttlebay on the top of the ship.

The Deneva-class is capable of supporting up to three Modular Support Assemblies (MSAs), which attach to the ship between cargo support and impulse control. Each MSA in turn supports 12 separate cargo pods. In their standard configuration MSAs contain facilities for the most commonly shipped cargo in interstellar space: bulk freight, liquid fuel, various ores, dilithium, and foodstuffs. Stasis sealing is supported for foodstuffs.

There are more specialised MSAs which can also be supported. The most common of these are the passenger carrying, transport and evacuation variants (MSA-P & MSA-E.) Both of these dispense with the standard configuration of twelve separate cargo pods in favour of a single-hulled unit. The assemblies are approximately 40% longer than the standard unit and as such a Deneva-class ship can only support two of them at a time. They are arranged in four decks, continuing the structure of the mother ship and can also work as self-sufficient lifeboats if required. D-Deck is taken up by limited command and support systems to permit this.

The aft section is designated the Impulse and Auxiliary Control Section (IPAC), and as its name suggests this section houses the ship's twin impulse systems along with the secondary deuterium tanks and a combined total of eight fusion reactors. Housed on C-Deck is the Aft Observation room, which doubles as the auxiliary Control Room. These facilities are present aboard most modern starships and act in place of the bridge when the former is unavailable, though under normal circumstances this facility is used to co-ordinated docking and towing operations.

Below this on D-Deck is another set of cargo lifts, which connects the MSA to the aft loading hatch. This is mainly used during planetary surface stops to ease the pressure off of the main cargo support area. In emergencies it can be used as a point of egress.

Like most ships of this size the Deneva-class is fully capable of manoeuvring in atmosphere and landing on the surface of most standard class C, D, F, G, H, K, L, M, O, P, Q, and R planetoids up to 4.6 standard gravities.

A total of 742 of these vessels were constructed over a fifteen-year production run from 2306 to 2321, encompassing seven major shipyards across the Federation. It is a testament to the truly robust and adaptable nature of this design that only 23 have been lost in the seventy-two years in which the Deneva-class has been in service.

Starfleet intends to retire its remaining 585 Deneva-class freighters from active service by 2387, however the class is expected to remain in civilian service until well into the 25th Century, a task that as history has shown, the U.S.S. Deneva and her sister ships are more than capable of doing.

These are the proposals, roughly in chronological order. The Deneva class is a freighter, and we have agreed that it should be a modular design, with cargo containers. The latest versions all have four nacelles which can be supposed to create a better balanced warp field around the bulky containers. The engineering section might be detachable just like the containers. All components must be connected physically as well as through a "service channel" with countless plasma conduits, ODN lines, other supply lines and a turbolift.

The last version by Jason, in many respects a hybrid of Harry's and Bernd's suggestions plus several features developed within the group was largely complete. It is an option that the ship is compatible to the cargo containers shown in the Star Fleet Technical Manual. Similar containers were proposed by J and Harry. It remains to be seen whether Lance can be convinced to accept a rather small saucer and if he will remove his car from the aft shuttlebay. ;-)

Anyway, we noticed that this ship was too large for a crew of two, and Reverend came up with the current, runabout-like design. The old larger Deneva design is surely too good to be discarded, so we renamed it to Bristol class and moved it to the JoAT.